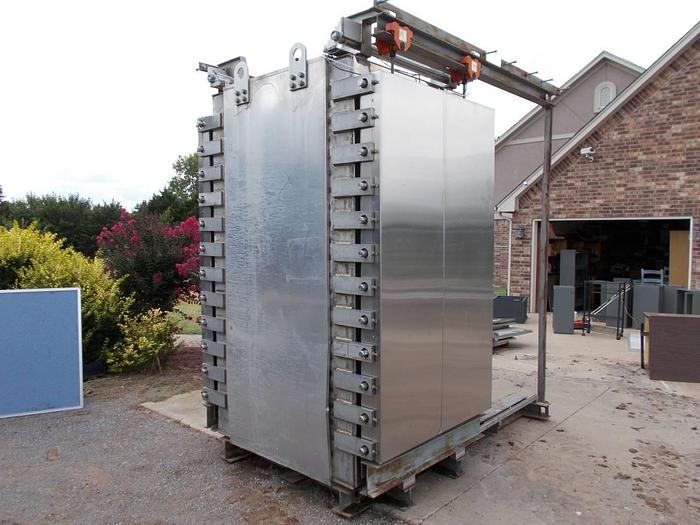 Autoclave sterilizer is a high quality unit. Bought new and delivered around 2001, it has been sitting unopened and unused in warehouse space since. Leveling bolts and other hardware, covers, etc. are included and also never installed. A major University purchased the unit, then, after delivery, had a change of plans. The unit sat until it was off the books I was told. Manufacturer states the unit weighs around 17,000 pounds. Almost completely stainless steel. Very mild surface rust on the I-beam base. The shipping tabs welded on during production are intact. Unit has never been opened. Data plate states: Rated 120 volts 60 hz. 10 amps. First letter could ben R, P, B, etc. SS5-R-MSDD. Job #97993. Serial 15934. National board #834. The heat exchanger data plate states: Serial 25623 Model A20. 3hp Baldor Motor. Spec: 38E663-105.